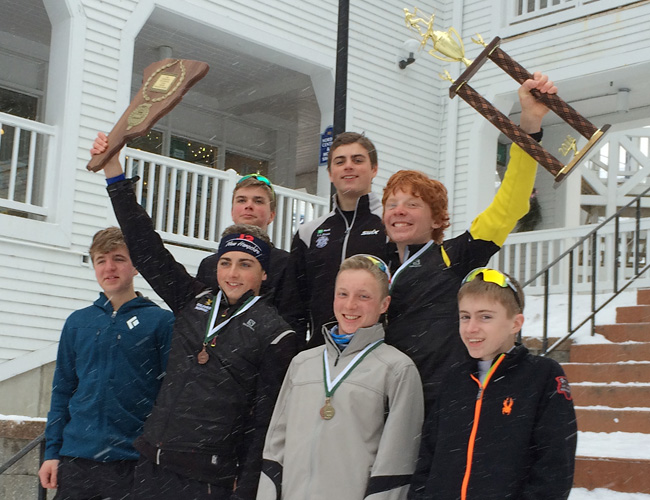 The championships started off with the 5k classic race where Gilford, who are all GNA skiers, swept the first 4 spots with Sander Valpey taking the top spot. Mark Young followed in second, Josh Valentine took third, and Seth Valpey in forth. Not far behind was Gilford freshmen standout Cal Schrupp, who came in eighth.

The second championship race was the 5k freestyle, which was won by Josh Valentine. Valpey followed in third, Young in forth, and Schrupp in sixth.

A complete listing of all race times and team scores are available from the download below.