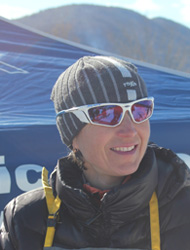 Gunstock Nordic Association enters the new season both upholding many cherished traditions and evolving in many exciting ways. The club remains extremely proud and grateful to have three-time Olympic gold medalist Nina Gavrylyuk as our head coach. The impressive competition successes enjoyed by GNA skiers over the past 10 years are due in main part to the truly world-class coaching provided by Nina. 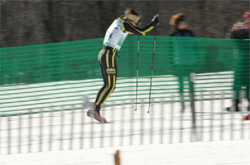 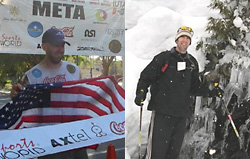 On the subject of elite athletes and competition success GNA is very pleased to announce the selection of a new assistant coach. Kale Poland grew up as a Nordic competitor in Maine and in recent years became only the 9th American to complete a decatriathlon; that’s an Ironman triathlon times ten. Still an avid skier, Kale will be helping Nina with both mid-level and advanced competitors. Pre-season training runs will be to Hartford, CT and back. GNA is privileged to have an athlete of Kale’s caliber coaching its members, and we look forward to a long association. 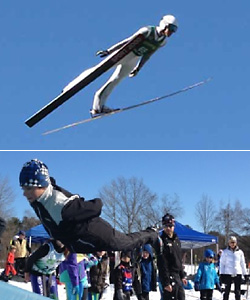 Ski jumping is most definitely back at Gunstock. Under the guidance of Lisa Kling, practices will be held on Tuesday evenings from 6:00 to 7:15pm beginning on December 10 and running through February 25. On January 18, from 11:00am to 3:00pm, former world record holder Mike Holland will set up the U.S. Ski Team roller jump at the Gilford Youth Center. Participation will be free—though some skiing experience will be required—and many will discover why this exhilarating sport has once again taken flight in central New Hampshire. 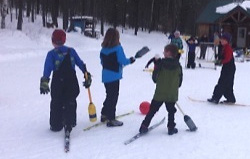 On a less optimistic note, GNA’s Children’s Program continues its insidious ways. Rather than guiding a group of youngsters to a hill and gently explaining why skiing up it would be good for them, their coaches instead build a jump at the bottom and then simply set the tykes loose. Whether with jumping, Broom Hockey, Sharks and Minnows or myriad other games, the poor dears are tricked into thinking they’re having fun rather than working on their fitness, strength and balance. It’s just terrible. 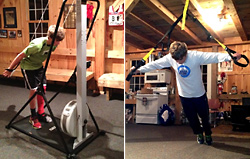 The T. Gary Allen clubhouse remains a welcoming and comfortable place for members to gather, whether to warm up or to extend their workouts beyond the trails. Toward the end of last season Ann Czerwinski very generously donated a SkiErg in memory of her late husband, Dr. Paul Czerwinski, a GNA member and avid skier and cyclist. We’re confident that Paul is pleased to see this equipment being put to such great use, and GNA team members’ triceps have never looked better. At any time of day, during any season, one can find athletes straining, sweating and swearing on the SkiErg, all the while becoming better skiers. 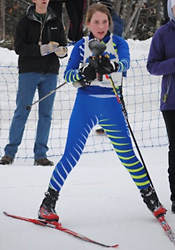 GNA will again host paintball biathlons open to members and non-members of all ages. New targets were built last year that can be reset by pulling a string from the gun station, rather than requiring a volunteer to tip them back up by hand. While the new targets are more efficient, competitors apparently miss shooting at the volunteer target setters and watching them run back and forth like bears in an arcade shooting game. Perhaps the new targets will be better appreciated this year.

Please join us on March 2d for our March Madness Paintball Race. 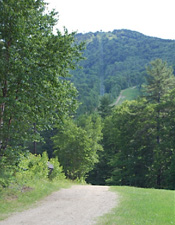 In addition to its traditional Nordic fare, GNA continues to provide off-season activities for both members and non-members. Summer is ushered in with the first session of the Gunstock Trail Series, capably administered by Ann Czerwinski, which starts in late May and runs into early June. A self-timed event (a clock is provided at the clubhouse), participants run either 5k or 10k and enter their times in a drop-box when finished. Times are posted and awards are given for 14 different age groups. 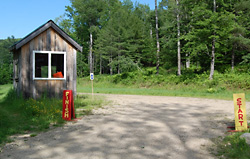 On the heels of the GTS are the GNA Summer Camps, coached by Nina, where the clubhouse turns bunkhouse and athletes from throughout New England run, roller ski and otherwise move approximately 10,000 times their body weight in various fatiguing ways. September and October welcome the return of the Gunstock Trail Series, and in November club members gather to clear trails, chop wood, stain decks, etc., in preparation to start the cycle once again. For current information on all of GNA’s programs, we encourage both members and non-members to visit our GNA Membership Page. 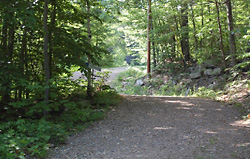 The board of directors would like to thank the many people who support Gunstock Nordic Association, and most particularly those whose financial contributions make the existence of our small club possible. In a world increasingly populated by idle bodies with faces glued to small electronic screens, GNA provides a place and a culture where a healthy and rigorous relationship with the outdoors remains central. We hope that those who have donated in the past may continue to do so, and that those who benefited from the club in the past, as they come of age, may join in helping to preserve GNA for future generations.

With Gratitude,
Board of Directors, Gunstock Nordic Association