Gilford, NH – January 7, 2017 – Gunstock Nordic Association – The NENSA Zak Cup race series kicked off on Saturday, January 7th with the Gunstock Freestyle Race. 104 racers showed up to the event, including several college teams which helped make it one of the fastest races this course has ever seen. The race start was cold at around 11°F with bomber hard-track conditions allowing for fast times and really fun skiing.

The course was a 4.5 kilometer loop that included the popular Cobble Trail which starts with a long, gradual uphill followed by fast flats and ending on a sharp and fast HARD right turn—a turn that challenged every skier and featured some epic crashes! Many of the skiers came into the corner at speeds nearing 30 mph. The corner quickly became infamous and there were many laughs about various wipeouts after the race. The rest of the course alternated between rolling and challenging terrain with fun, twisting corners—typical of the John Morton trail networks that are well known throughout the New England race scene. The men skied 3 laps (13.5k) and the women skied two (9k).

While the NENSA Zak Cup is a masters race series, top skiers of all ages from around the region showed up and brought this race to a whole new level of fast. Notable skiers included former Olympian Justin Freeman, long-time New England standout Sam-Evans Brown, Jack Schrupp of GNA and Williams College, and the event winner, Fabian Stocek of the Czech Republic. Fabian currently races for the powerhouse Dartmouth ski team, and we have a feeling we’ll be seeing great things from him in the future.

One very notable result for the GNA ski team was Mary Kretchmer’s 3rd place finish! Mary skis for GNA and Kingswood High School of Wolfeboro, NH. The women’s race featured skiers from Bowdoin, Dartmouth, and Bates, and Mary beat out many college skiers to earn a spot on the podium! Congratulations to Mary Kretchmer on her incredible work ethic and tenacity!

Finally! Credit to Gunstock Resort for providing a perfectly groomed race course and a huge thank you to Nina Gavrylyuk and her crew of GNA volunteers for setting up such an excellent course and for Nina’s continued work as the GNA coach. The level of success that GNA skiers are able to reach is not accidental. We are incredibly lucky to have a world-class coach! 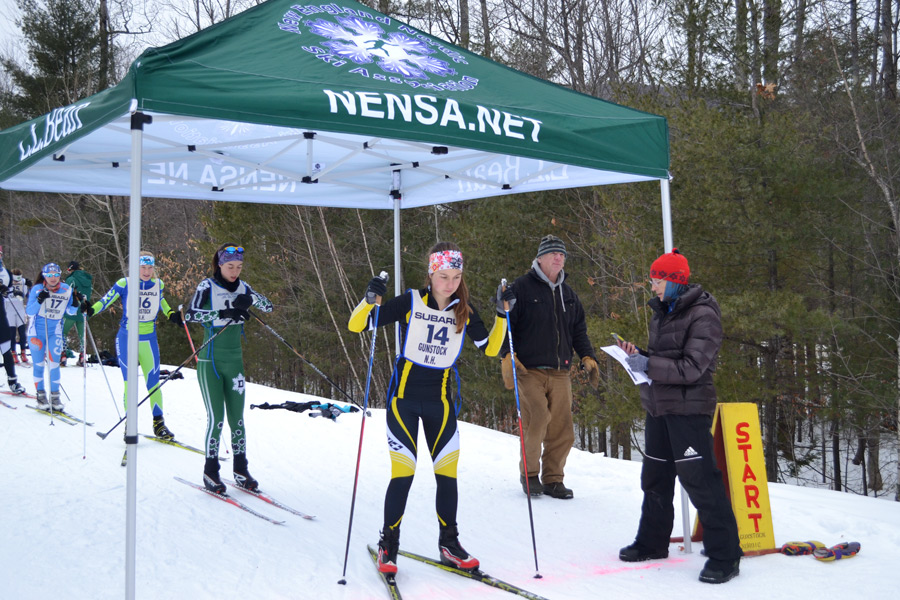 Mary Kretchmer of GNA lines up for her start. 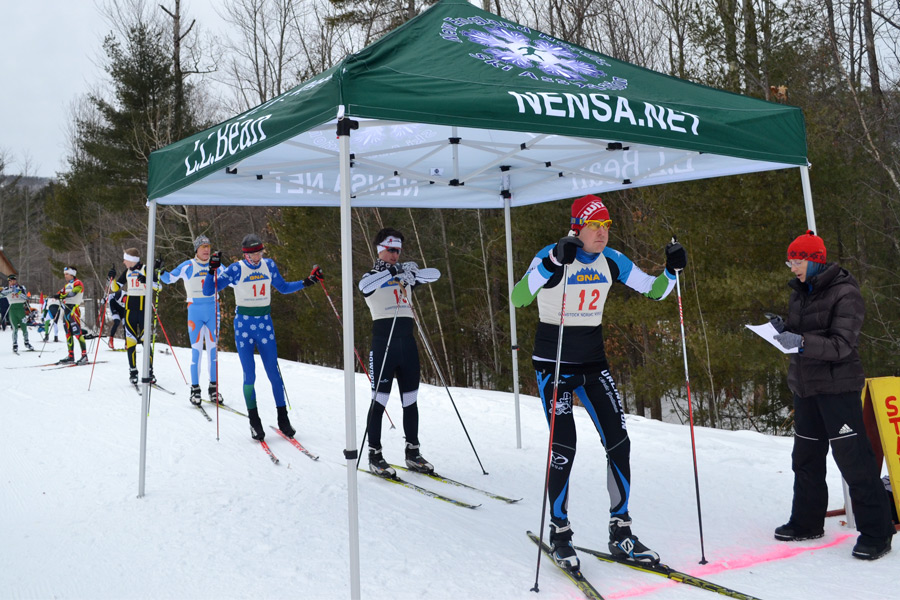 Steve Crafts of Mansfield Nordic lines up for his start. 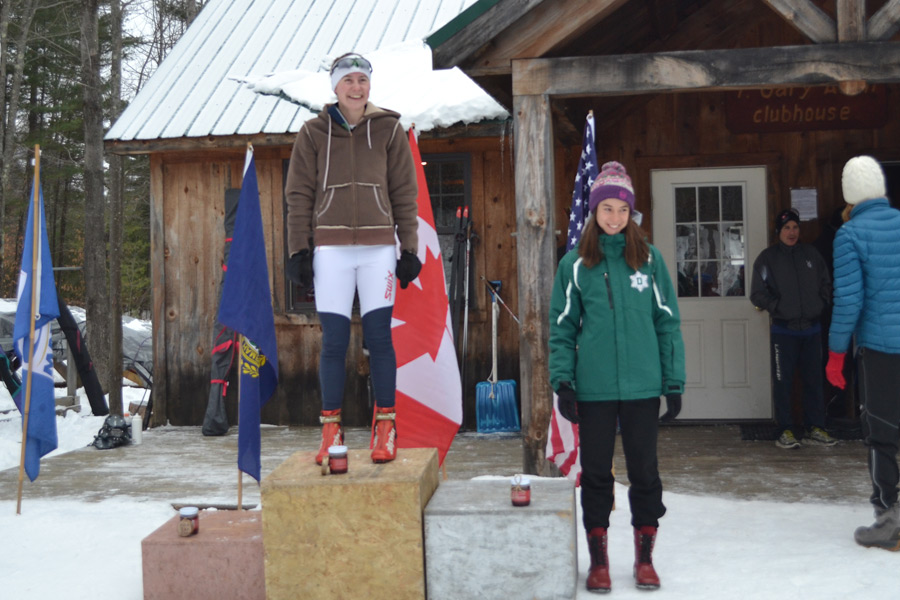 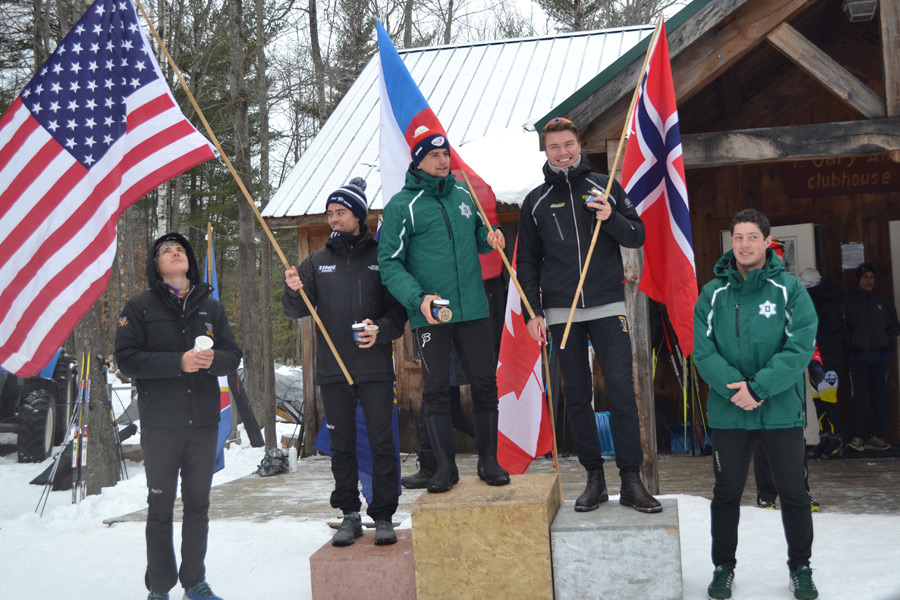